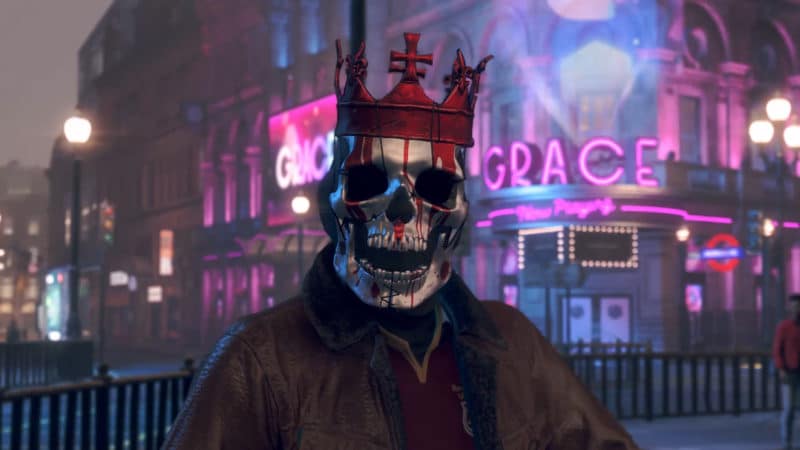 Following speculation in the lead up to E3 that Ubisoft was on the cusp of announcing the next Watch Dogs game, the publisher kick-started its briefing by unveiling Watch Dogs Legion, scheduled to launch next year on March 6th.

Ubisoft dedicated near enough half an hour of its press briefing to the tile, supplying not just one, but two fleshed out trailers including extended gameplay footage.

Watch Dogs Legion follows in the footsteps of the franchise with a heavily politicized setting, in this case, a dystopian London as the capital of a post-Brexit surveillance state. We spotted landmarks such as London Bridge and Piccadilly Circus among numerous others, and it appears Ubisoft is going for a more or less true-to-life replica of the British capital as it did with San Francisco in Watch Dogs 2.

As a member of the DedSec-led resistance, you must free London from oppressive tech-backed pervasive authoritarianism (we noticed CTOS units in the trailer), viciously territorial crime syndicates, and heavily armed security corporations.

Much of the gameplay on show wasn’t too much of a departure from what we are used to, with the usual arsenal of hacks and gadgets like a powerful spider-like bot, an invisibility cloak, and drones to mold the environment to our will and control/troll NPCs.

The main feature of Watch Dogs Legion, however, is the ability to assume the role of all and any NPC in the game, with Ubisoft stressing that anyone from a foul-mouthed granny to a trained MI5 agent is up for grabs. The mechanic is centered on recruiting NPCs to your Legion, each one having a specific set of traits and skills.

Each character also has an origin mission to play through, unique voice acting, backstory, and daily schedule which going by the teaser promises the full run of meme-worthy interpretations of classic London stereotypes and the colorful language to go with them. Interestingly, death is permanent, so if a recruit dies, that’s it, you’ll need to track down someone to fill the vacancy or look to your current roster for a temporary replacement.

The idea is to build up a crew of characters with complementary abilities and backgrounds to meld seamlessly into any situation and part of London; we’re talking bruisers, hackers, stealthy infiltrators, and more. Moreover, new tools, hacks, and abilities can be unlocked through progression and leveling up of each recruit.

Watch Dogs Legion also has a multiplayer component that sees up to four players join forces to explore London completing co-op missions and taking on various challenges. Sticking to the Watch Dogs tradition, the open-world will be teeming with side activities like boxing, contracts, street footie, and a spot of graffiti.

Watch Dogs Legion comes to PC, PS4, Xbox One, and Stadia to join the steadily growing roster of games set to mark Google’s first foray into the console market.