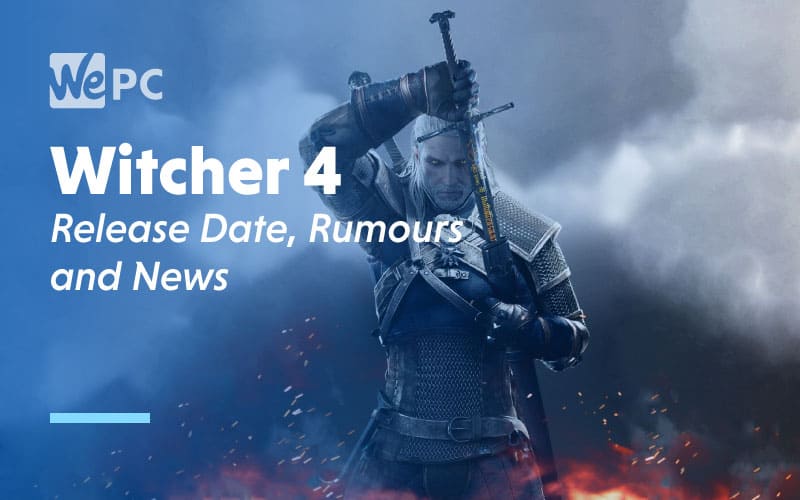 Witcher is all over the news right now thanks to the upcoming release of The Witcher Netflix series, but as excited as we are the show, the promise of another game in the series is what we want to see. But, with CD Projekt Red pouring all their energy into Cyberpunk 2077, news around a possible sequel has been scarce.

But, it’s not all bad news. There have been a number of hints and clues as to when we can expect a Witcher 4 release, and we’ve gathered them all together in one place, so you don’t have to spend hours researching.

With the upcoming PS5 launch that’s rumored to take place in the second half of 2020, it’s unlikely that we’ll see a Witcher 4 game before then. It wouldn’t make sense for them to release a sequel to such a popular game on a dying system. This is especially true when we look at the release of the studio’s other big title, Cyberpunk 2077 which is also due to release in 2020. This means we’re not likely to see a Witcher 4 release before 2021, maybe even 2022.

Officially, we haven’t even got confirmation that the game exists, so all of our guesses at a release date are just that – guesses. But, the studio did announce that they were working on a second AAA RPG title alongside Cyberpunk 2077 that would release after it, so we’re still pretty optimistic that Witcher 4 is already being developed.

Fair warning here, we are about to divulge spoilers for The Witcher 3 ending – so if you’ve not completed it yet, this is your last chance to look away!

One of the great things about Witcher 3 was the number of endings available to you as a player. But, whichever ending you landed on, what’s clear is that this marks the end of Geralt’s story. The first three Witcher games were always designed to act as a trilogy, and a trilogy needs an ending. So, where does this leave us for the storyline of Witcher 4?

First things first, we’re going to need a new protagonist. There are a number of options that could work well in this scenario too. It would be interesting to be introduced to a brand new character and follow them through the trials they need to complete to become a Witcher or to jump to one of the other existing Witcher’s in the world as they complete their own story.

While some have expressed the belief that the next game would follow Ciri’s story, we’re pretty sure this won’t be the case. One of the possible endings for the Witcher 3 saw the death of Ciri, and it doesn’t make sense for the next game to ignore this and simply bring her back to life for a bit of fan service.

Will The Witcher 4 Happen?

I wish we could give a more concrete answer to this question. While the studio has denied that they are working on it in a few instances, they’ve also talked about how much they want to produce it. So, we’re still unsure if this game will ever actually get made. We would be more surprised if it didn’t than if it did though. The Witcher has become such a successful franchise, and with the addition of the new Netflix show, this doesn’t seem like a good time for it all to come to an end as far as the games are concerned.