The Wolf Among Us 2 Release Date, Rumors, And News 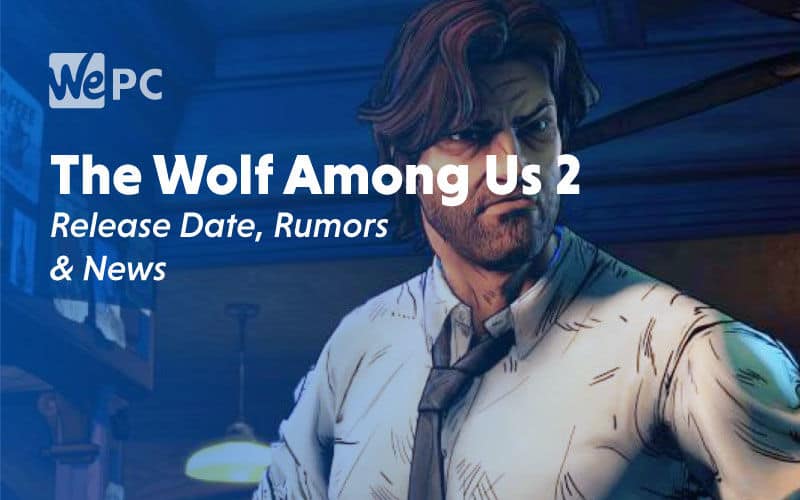 When Telltale Games shut its doors in September 2018, and all ongoing projects were canceled few were convinced The Wolf Among Us 2 would ever see the light of day. Fast forward to today, and the project has been pulled back from the brink. The game is well and truly in development.

The Wolf Among Us 2 Release Date

Given that The Wolf Among Us 2 or technically Season 2 was confined to the annals of history until recently, a release is quite a way off mainly due to Telltale Games and newly formed AdHoc Studios (formed of ex-Telltale employees) deciding to scratch all previous work on the project and start anew.

We know the game is headed to PC via the Epic Games Store and console (no word if that factors in next-generation machines or not), but a release window is anyone’s guess. 2020 seems possible, but we wouldn’t put all our eggs in that basket. Fans will be pleased enough knowing the game is coming at some point.

The Wolf Among Us 2 Trailer

The revamped The Wolf Among Us 2 was announced at The Game Awards 2019, and along with the news came a trailer for the narrative adventure.

Atmospheric as always, the trailer reveals very little. A voice-over prompts protagonist Bigby Wolf to channel his darker impulses as we get a long shot of a window ledge looking over a snow-draped city. Heavy synth chords ring in the background as Bigby rises to the challenge.

The trailer wasn’t so much to offer an insight into the game as announce to the world that Telltale Games was back to doing what it does best. A sign of life, if you will.

The Wolf Among Us 2 Gameplay

The Wolf Among Us 2 follows on from the events on the original with characters from fairy tales and folklore returning to New York City. Bigby will once again be tasked with getting to the bottom of new mysteries, although the specifics of these are a closely guarded secret for the moment.

Players will once again reprise the role of sheriff Bigby Wolf. The third-person viewpoint will return, and the game will play out as a graphical narrative adventure. Finding clues, investigating set pieces, talking to NPCs, quick-time events, and developing dialogue trees will all return with each having a direct impact on how the story unfolds.

The game will be released in an episodic format as with the previous title in the series. There’s no word on how many episodes we can expect to see released.

The Wolf Among Us 2 Rumors & News

The Wolf Among Us 2 is being co-developed by the newly revived Telltale Games backed by LCG Entertainment who bought the remains of the studio back in August of this year and AdHoc Studio, which suggests many of the elements that made the original such a cult hit should return this time around.

Reports suggest the game is still in pre-production with those involved trying to lure back other Telltale employees for the project.

To commemorate the relaunch, the original The Wolf Among Us was free via the Epic Game Store for a limited period in December 2019.

Chances are we’ll have a long wait before we can get our hands on the narrative delights of The Wolf Among Us 2, but many will revel in the simple fact that the game is being made. The demise of Telltale was a dagger to the heart of narrative adventure fans, and The Wolf Among Us 2 stands as a beacon of hope that the best days of the genre may still be ahead of us.